The FEBR has welcomed the agreement of Pakistan and the IMF on downward revision of FBR’s tax collection target, slashing it by Rs.233 billion to bring it at Rs.5.27 trillion against earlier target of Rs.5.5 trillion for 2019-20.
FEBR president Kashif Anwar warned that the Rs.5.27 trillion tax revenue target is still unrealistic, asking the government to further reset realistic tax target that could be achievable and prove beneficial for the economy.
Kashif Anwar said that it is evident that the FBR will not be able to materialize its annual tax collection target of Rs5.27 trillion in the current fiscal against Rs3.83 trillion in the last financial year, as the FBR requires a growth of 44 percent which seems impossible.
He said that the FBR had collected Rs963.5 billion in first three months of the current fiscal year against the set target of Rs1071 billion thus faced a shortfall of Rs108 billion. Now after incorporating the figure of October the overall revenue shortfall climbed to Rs164 billion in first four months of the current fiscal year.
The FBR had collected Rs320 billion in October 2019 and the FBR was expecting to increase collection to Rs325 billion against the desired target of Rs376 billion indicating a revenue shortfall of Rs56 billion just in last one month.
He said that flawed tax system was contributing less than 10 percent to GDP due to which the economy was facing rising deficits. He said a country like Pakistan with less than one percent of its population as taxpayers could never achieve sustainable economic growth. He stated that current poor and flawed taxation system posed threats to the economy as it was the main cause of accumulation of untaxed wealth in the country. He said that prevailing tax system was heavily relying on indirect taxes that put more burden on businesses and the common man, urging the government to reform tax system with focus on direct taxes.
He said that all revenue heads including customs, income tax, sales tax and excise duty missed the collection targets, which should be a cause of concern for policy makers.
He said that manufacturing sector was overburdened with taxes as over 75 percent tax revenue was being collected from this sector. He stressed that government should reduce heavy taxes on manufacturing sector to facilitate growth of industry and collect tax from all sectors of economy according to their taxpaying ability. —INP 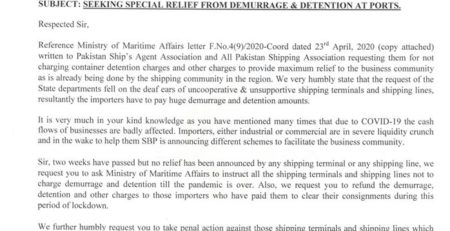 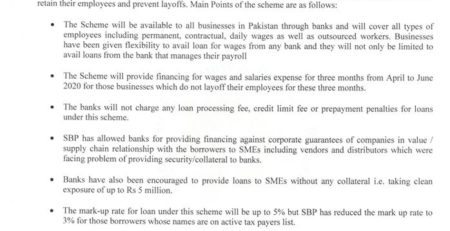 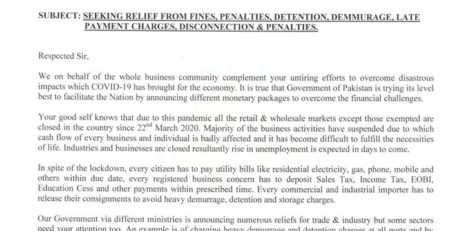 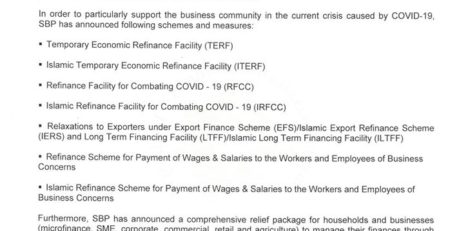 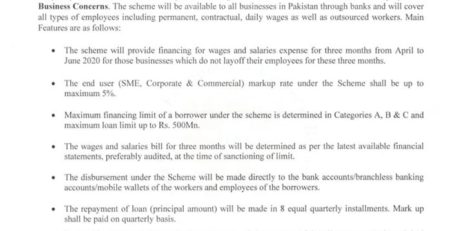 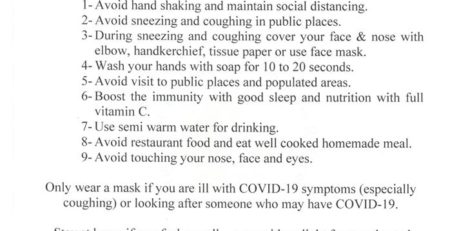 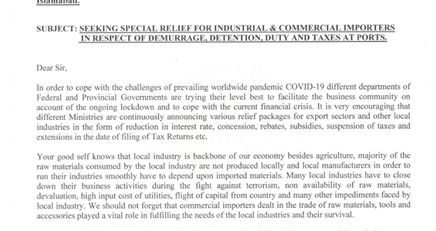 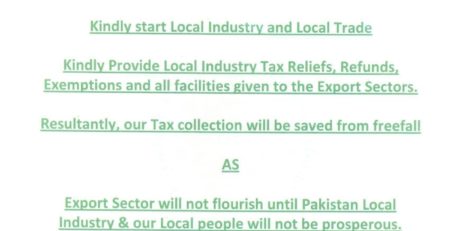 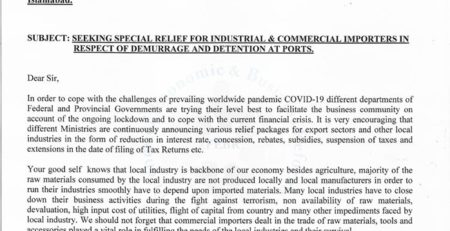 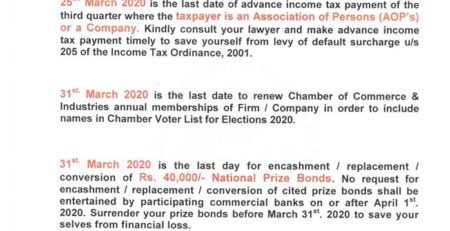