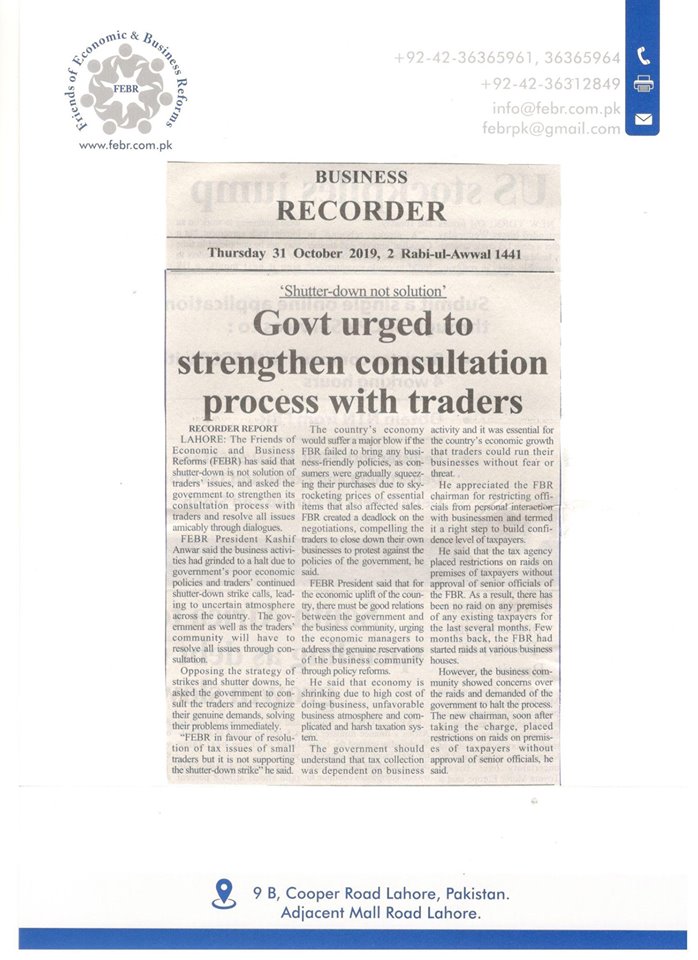 ‘Shutter-down not solution’: Government urged to strengthen consultation process with traders
By RECORDER REPORT on October 31, 2019
The Friends of Economic and Business Reforms (FEBR) has said that shutter-down is not solution of traders’ issues, and asked the government to strengthen its consultation process with traders and resolve all issues amicably through dialogues. FEBR President Kashif Anwar said the business activities had grinded to a halt due to government’s poor economic policies and traders’ continued shutter-down strike calls, leading to uncertain atmosphere across the country. The government as well as the traders’ community will have to resolve all issues through consultation.

Opposing the strategy of strikes and shutter downs, he asked the government to consult the traders and recognize their genuine demands, solving their problems immediately. “FEBR in favour of resolution of tax issues of small traders but it is not supporting the shutter-down strike” he said. The country’s economy would suffer a major blow if the FBR failed to bring any business-friendly policies, as consumers were gradually squeezing their purchases due to sky-rocketing prices of essential items that also affected sales. FBR created a deadlock on the negotiations, compelling the traders to close down their own businesses to protest against the policies of the government, he said.

The government should understand that tax collection was dependent on business activity and it was essential for the country’s economic growth that traders could run their businesses without fear or threat. He appreciated the FBR chairman for restricting officials from personal interaction with businessmen and termed it a right step to build confidence level of taxpayers. 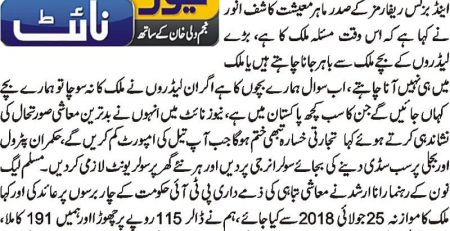 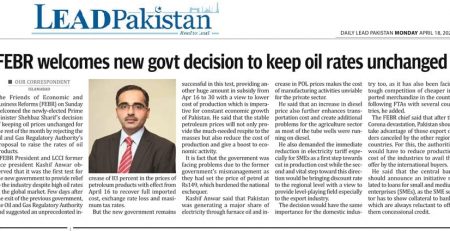 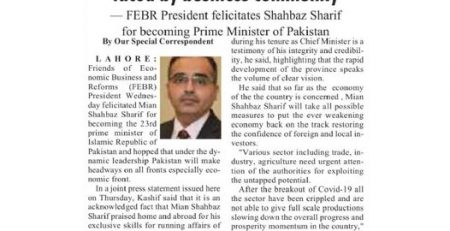 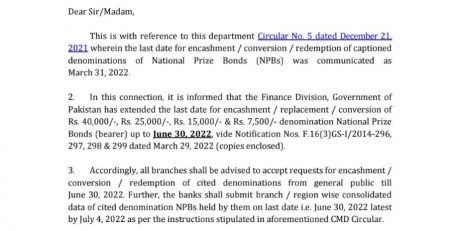 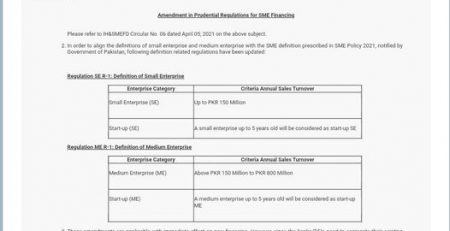 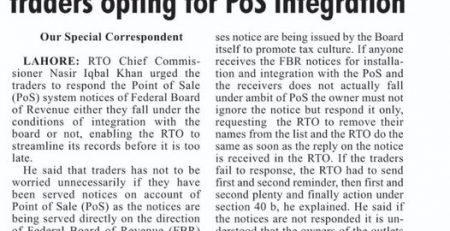 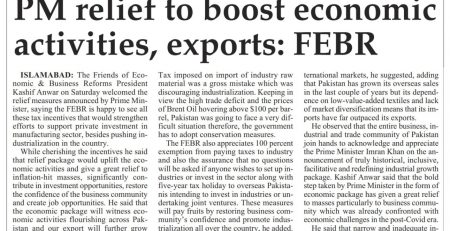 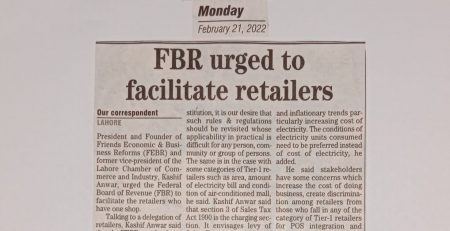 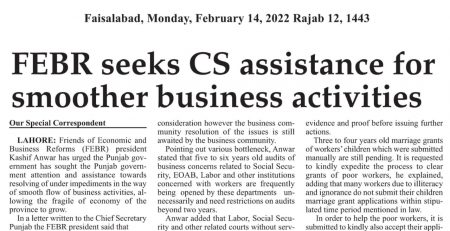 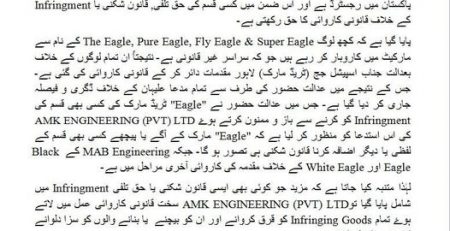